Posted on September 19, 2011 by larrylootsteen 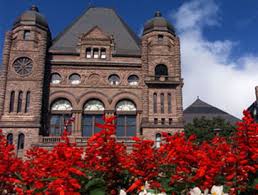 As it seems we find ourselves in yet another election cycle (for those of you not where I am, I’m talking the Ontario provincial election – basically province = state and Premier = Governor, sort of!) I feel the need to explain my leanings and my thoughts.

I have, historically, voted for all the major parties – Liberal, Conservative, New Democratic Party (NDP), Green. Obviously my politics lean left but I won’t let that stop me in any given election. And I do like the fact that unlike the U.S., we don’t define ourselves by political party. I have never understood why anyne would spend their life saying I’m a Democrat or Republican. On any given day you could agree with either.

This election in Ontario will be contentious. A Liberal ruling party but in a time of economic chaos, never a good time for incumbents. A Conservative federal government who hasn’t done a bad job of wading through the problems we’ve faced in the economy. A Premier who has made some unpopular choices.

So why am I voting Liberal?

Dalton McGuinty, the current Liberal premier of Ontario, is not a magnetic speaker. He’s not the type of guy that can really get the crowd into a frenzy. He is however, very passionate. And he and the party are doing things that everyone else seems to want to leave for yet another generation.

Ontario is moving towards a greener economy. We are generating more green electricity every year. As you drive out towards Sauble Beach you can see the most impressive array of wind turbines (really quite spectacular). We have a growing number of solar arrays. And we continue to move forwards in ways the U.S. seems hell bent to avoid.

This is not a cheap proposition. It costs very real dollars to make this happen. Our dollars. And so our taxes have gone up. But not insanely. And I always ask myself, what am I willing to sacrifice? And money is something I will sacrifice for the big picture.

What gets lost in all the political crap we hear north and south of the border is one simple fact.

If we don’t pay for it now, when will we? And an even better question.

If we put this off another ten years, how many more millions and billions will it cost then?

The price tag is not going to go down if we wait. The impacts to the environment will not lessen by waiting. And worse, the world our children will inherit will not be moving towards any kind of fix.

It’s already going to be in bad shape for the next generations. I’d like to be able to say I did something to help start making it right.

I can guarantee Tim Hudak and the Conservative party have no intention of doing this. They will be pushing less regulation, less taxes while the environment continues to disintegrate and the economy and debt will continue to falter. I’m not interested in seeing corporations who already make millions make even more. As a matter of fact those companies that are making huge profits should be happy to contribute to the turnaround too. But I won’t hold my breath there. I’m sure significant amounts of their funds get directed to Conservative lobbies. I’m sick of games. I want action. Real honest action.

At least I can count on the Liberals for that this year. And I will try and convince anyone that we need to move on the climate clean up. Now before the price tag doubles again and everyone screams ‘oh no we can’t afford it’. Will it be easier to afford in 2021? Of course not. And frankly, we can’t afford to wait any longer. I’m happy to see Ontario once again take a leadership role. And this will pay off both financially and environmentally in the years ahead.