It’s Time To Go Jesus On The Banks

Posted on September 26, 2011 by larrylootsteen 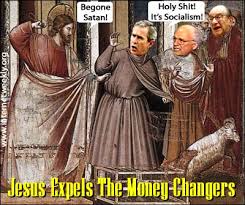 “And Jesus went into the temple of God, and cast out all them that sold and bought in the temple, and overthrew the tables of the money changers, and the seats of them that sold doves”
Matthew 21:12 King James Bible

Imagine this. Millions of Americans walking into the biggest banks all over the country, withdrawing all their funds, transferring their loans to institutions that actually care about their customers. And then running roughshod through the branch, tossing tables, telling the managers to get out.

Now imagine doing that at the bank’s headquarters.

I don’t know about you but I am so sick of the people running these institutions whining and complaining about new regulations. How much money did your bank make last year? And how much did you take home? Yeah, that’s what I thought. 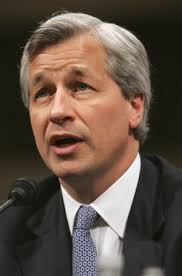 So what set me off today? I read an article about Jamie Dimon (a man whose name, if pronounced just so (a french twist let’s say), has its own biblical implications), the CEO of JP Morgan Chase. He went off in a closed-door meeting with Mark Carney, the current Governor of the Bank Of Canada. Why the tirade? Because the G20 is proposing tougher regulation of banks. You can read the article for yourself here.

As a Canadian, I can tell you bank regulations do wonders. Even though our economy is struggling too it is not nearly as bad as the U.S.. Our banking sector is still making record profits (I could go off on why they need to make that much money but that will wait for another day) and they are prevented from doing things that expose people and the economy from the meltdown caused by the free-for-all that occurred ahead of the 2008 nightmare.

Thankfully Mark Carney shot right back at The Demon (my new nickname for the disgusting head of this bank) defending the regulations and the need for them. 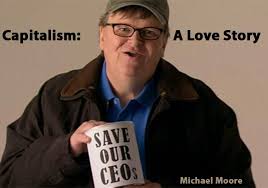 I keep thinking about Michael Moore’s documentary Capitalism, A Love Story. Trying to execute a citizen’s arrest on the CEO of Goldman-Sachs.I would love if the Wall Street protests (almost fully ignored by the media) turned into a citizens revolt and we occupied all the offices of the CEOs of all the major banks. And hey, why not go all Jesus on them and toss their antique, hand-made, $30,000 mahogany desks around for good measure?

I am so sick the excess and greed that never seems to end while the rest of us struggle and sometimes die because these guys think it’s better to take and keep on taking rather than doing their fair share and maybe giving back. Some would say that is un-American. I say that is un-human, inhuman and off the charts evil.

Sadly the banks are but one area where greed and the never-ending pursuit of the almighty dollar are done to such extremes that it makes your head spin. I may not be a functional Christian but that does not mean I cannot appreciate the message of Jesus. I can identify with need to for giving, generosity and the will to stand up to the money changers.

We all need to ask ourselves if the banks and companies we deal with, buy from and support are actually doing anything to give back. And I mean in a real sense. I do not mean they set up some charity to look good. I mean a good corporate citizen in every sense of the word. Are there any companies left that support their workers and the community in a way that makes their bottom line smaller but provides a real sense of right? We should be finding these companies and make sure we support them. We should be running from the demon-run darkness that is big business in corporate America these days.

Join me in at least attempting to make changes in our lifestyle that will see our ever shrinking and harder earned dollars go to companies and institutions and know what life is really about. Not some asshole who needs another Gulfstream jet for his fleet who thinks that being stopped from making a 30th billion dollars in his lifetime is wrong. But someone, somewhere who believes in life and community and love. Not an easy thing to find these days.

And so if the hoards of the abused do decide one day soon to descend on the offices of the practitioners of greed and excess, don’t forget to pull a Jesus and give that desk a toss for good measure. 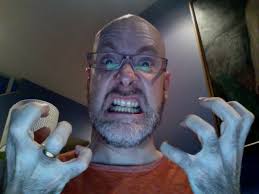