This Is NOT Canada

Posted on December 14, 2011 by larrylootsteen 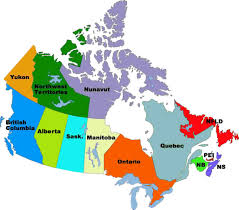 There was always a quiet pride in my country. Not the effusive and overblown American pride but that calm sense of knowing who and what we are. We didn’t need anyone to notice. We were perfectly happy to sit back and watch the show.  When we looked at each other, a silent nod said it all. We are good people, strong, proud. 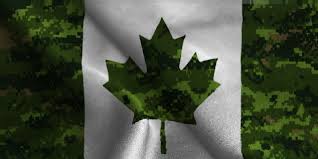 You may or may not know that Canada pulled out of the Kyoto Protocol on climate change this week. The only country ever to do so. I can barely find the words to disguise my disgust with Stephen Harper and his Conservative government’s blatant ignoring of reality and total unwillingness to address this critical issue.

Canada has long been a leader in the war on climate change. Something else that I have always been extremely proud of. That said, there’s no denying the previous Liberal government, who had signed onto Kyoto, did a lousy job of implementing change. That doesn’t mean that abandoning it was required at this juncture. And Harper’s government’s response that it was too costly is just the type of bullshit that no one needs to hear.

Conservatives, in general, have become the type of short-sighted reactionaries that are now all about power and nothing about actually trying to make this country great.  Everything is politics.  There’s no denying the Liberals had been going more in the line of defending of their non-progress but the Conservative have taken the rhetoric to a whole new level. 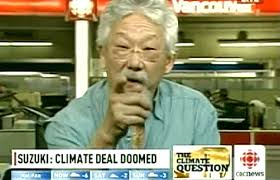 Climate change is about the wholesale destruction of our planet.  Pollution, population, species.  From crazed weather patterns to at risk species to ice caps melting, there is little or nothing that isn’t impacted in some way.  And the science is solid though the political right-wing in North America likes to play like there’s a question.  I would love to see Stephen Harper debate David Suzuki.  What a joke that would be!

Instead of embracing the opportunity to do something positive for the country and the world, the Conservatives have chosen to walk away and do their own thing.  I wonder what kind of significant and enforceable targets that will bring.  The obvious answer is none.

The thing the right has lost sight of is the opportunities that exist within embracing climate change and what is required.  We could be at the forefront of technology here.  We could be the innovators as we have been in so many areas.  Even if the right is focused on money and power, imagine the financial windfall that could be reaped by being the technological leader in this area!  The world will come calling, hopefully not too late though it may be already, one day when politics steps aside for reality.  The visionaries in such a venture will make billions.  Instead our government chooses to maintain a stale, staid and ignorant posture focused on fossil fuels, oil sands and pipelines.

Even if saving the planet doesn’t matter to you, there’s an opportunity to make huge amounts of money and wield incredible power in the years ahead.  So why won’t they embrace this?  The same reasons as always.  The influence of big oil.  If big oil had a lick of sense, they’d jump on this bandwagon.  Vision is not their strong suit obviously.

All that said, I wish my country would do for this the altruistic reasons it always has.  I’m just trying to find some reason for the naysayers to jump on board.  The fact that we have walked away from this significant commitment just shows how much has changed in this country in such a short time.  And not for the better.

UPDATE: Member of Parliament Justin Trudeau (son of former Prime Minister Pierre Trudeau) got so upset about what Stephen Harper’s Environment Minister Peter Kent was saying on all this that he called him ‘a piece of shit’.  My new hero!!  And definitely part of MY Canada!  Video link here http://www.cbc.ca/video/#/Shows/1221254309/ID=2176728337

Historically we have been a major part of many conflicts and our troops have always managed to go above and beyond with less. We don’t have the huge air force. We don’t have a huge army or a vast array of technology. In both World War I and World War II (particularly the Battle of Normandy) Canadian troops made incredible contributions beyond all expectations. Even in recent years in Kandahar we managed to make major inroads. 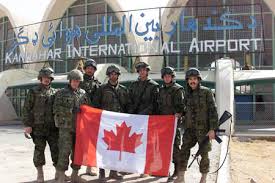 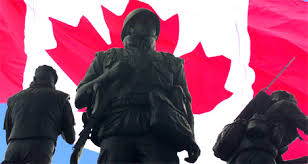 But from an army perspective, our role as peacekeepers was always the thing that made me most proud. I’m not going to list all the roles as it would take forever. Suffice it to say our peacekeepers were and are considered some of the best on the planet. So it wasn’t without some anger and frustration that I reacted to Prime Minister Stephen Harper’s decision to change Canada’s role in Afghanistan to combat operations rather than maintain its peacekeeping tradition. Note I am still incredibly proud of the job our troops did there. That said, they never should have been there as combatants. We have always prided ourselves on our job as defenders. There should never be a time we are choosing to be aggressors.  You should also note that Harper has made peace-time military spending a major focus…well beyond that of any previous Canadian government.

I think that on the world stage, Canada always had a significant place.  We were the voice of reason amidst the shouts and anger.  The world looked to us for leadership and calm yet vocal strength on so many topics.  Sadly I think that has changed significantly in recent years.

Stephen Harper’s well documented love of all things American have made my country appear to be nothing but a panting, tail-wagging sidekick to our friends to the south.  Since Stephen Harper has been Prime Minister we have seen a series of moves that can only be looked at with a critical eye.

As you may recall awhile back, I had written how they were trying to change the regulations we have here on honesty in news.  They wanted the wording changed so that it would allow news organizations to not be held in account if they lied.  Thankfully, we managed to catch that attempt early and enough of us wrote in to complain and the rule has stuck.  Pretty sad that anyone could think that was okay.  Welcome to Stephen Harper’s Canada. 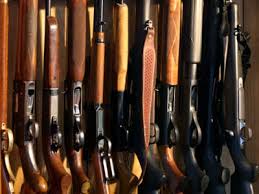 There has also been moves in recent years regarding crime and punishment.  Right now there’s an omnibus crime bill set to address a non-existent crime wave in Canada.  Somehow they seemed to miss that violent crime rates are dropping.  In what can only be deemed a Jekyll and Hyde move, they decided to drop the long gun registry (yes, we have significant gun control here – which explains the lack of violent crime here compared to the U.S. – groups like the NRA and the right-wing in general love to ignore the facts).  I’m not sure how a tough on crime agenda faces off with removal of regulations on long guns (by the way, we just had an anniversary of the École Polytechnique massacre in which a man went on a killing spree of women before killing himself, all with a long gun).

You can top all that off with the Conservatives wanting to build more and more American-style super prisons which will eventually be privatized.  Nothing reduces crime quite like a for-profit prison.  It also says nothing about the ability to reform inmates.  Obviously Harper missed that chapter in our history as well as understanding the purposes of incarceration.

I could go on and on.  All I know is that the country that I knew during my formative years is heading down a path that is hellbent on removing the soul that once was.  Stephen Harper is a religious fundamentalist (well documented but carefully hidden) with a penchant for American style politics and justice.  If we have learned nothing from watching the disparities to the south of us grow and make their way up here, it’s that the road is one of destruction.  Destruction of our peaceful way of life.  Destruction of natural riches.  And destruction of everything that set us apart.  I am not proud of where we are or where we are going.  I just wonder if Canadians are going to wake up before it’s too late.

If you want to get a better understanding of the history behind Harper’s (and Bush/Cheney amongst many others) political philosophies, this article from 2005 gives a good synopsis.