Posted on January 2, 2012 by larrylootsteen 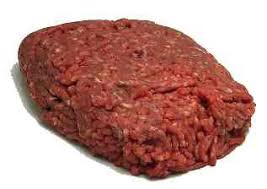 I can’t deny I am a foodie. It isn’t something I say with any measure of pride or joy. It just is. I like watching shows that deliver the wanton feeling of need that comes with juices flowing from far-to-large burger or some over-the-top food truck fare. It is something I’ve found I had to limit in recent years because even watching this shit is not good for me. I can hear the gym calling. It has missed me in the days of gluttony and excess that we call Christmas. 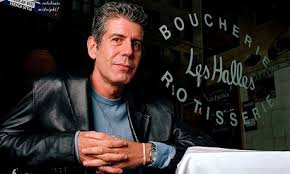 One of the presents that I had asked for and received this year was a long overdue book for me. Medium Raw by Anthony Bourdain. I have always had an affinity for Bourdain. He is the antithesis of everything Food Network. Over the years of watching his show No Reservations I never tired of his honesty or his complete lack of fear in smoking on tv, eating whatever guts and gore was presented and basically running away from the tourist road and getting into the actual lives of the people who live in whatever town, village or megalopolis he’s visiting. Where most shows presented the high-end, he wanted to know what the locals eat.

So when I was reading on chapter on the state of food and especially the simplest ingredient of daily life, ground beef, I had no idea how bad things were for the majority of us who try to cook a basic meal on a day-to-day basis.

His discussion centred around how, back in our parent’s day, ground beef was just that. A reasonable cut of quality meat ground up. Sufficient quality where you could take a pinch and eat it raw. And it tasted good. It had taste. I can remember any time my mother had it out on the counter, I had to have some. Sounds gross to many I’m sure. I’ve eaten raw beef sandwiches and thoroughly enjoyed it. Simple salt and pepper topping. Sort of a pathetic version of steak tartare if you will.

Would you do that today? Would you trust that what you are getting is safe enough? Do you believe that there is no dangerous bacteria in there now?

Bourdain points out that instead of quality cuts of meat now, ground beef is made up of a myriad of parts. What we are fed these days is the equivalent of dog food. Bad dog food. Snouts, feet, organs and believe it or not, ass! Yes rectum, breakfast of champions! As he tells it there are parts from several different slaughterhouses brought together with the most disturbing element of all. 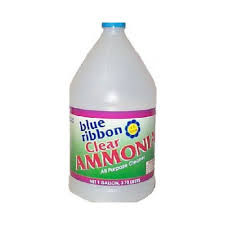 The worst bits that are most likely to make you sick are sent to a place that ‘cleans’ the parts. How? Great question! How about ammonia? Yes, ammonia. Would you feed that to your dog let alone your kids? Yup, cleaned and shipped out. The beauty is that only the very worst bits are cleaned. The other questionable stuff, with a reasonable chance of having bad bacteria, is just used.

You would think that at least if there was any kind of e coli outbreak, they could trace it back to whatever slaughterhouse provided the dirty meat. Ahhh, but in a fit of brilliance in purely sick strategy, the slaughterhouses won’t allow any testing done on the provisions until AFTER they are combined. How disgusting is all this? So we have no way to really trace back any issues.

So, how do you feel right now? A bit nauseous? Me too.

When I look back I know the ground beef is different. Today’s ground beef has almost no flavour. I love the distinct taste of beef. Or at least I used to. Now it is truly just a filler with whatever spices you add. And a risky one at that. Bourdain also points out the blasphemy of cooking a burger well. But using store-bought ground beef? What choice do you have?  In fairness, the flavour issue may have as much to do with the feed these days as the parts.  Corn (genetically modified in many cases) is used to accelerate the fattening process.  Grass-fed, pasture-fed cows have all but disappeared in this corporate farming culture.

Our food system is a disaster. Ground beef is just one of many items that is nothing like it was. Have you tasted your chicken without spices? Tasted a vegetable without dip or dressing. Bland and tasteless is the order of the day. And we can’t blame the farmers because the seeds are controlled. Small farms are swallowed daily bu corporate farming conglomerates. The likes of Monsanto and Cargill and the two or three other companies that control almost every aspect of our food system. Read some articles on Monsanto and how they control seed distribution. Watch films like Food Inc. to understand what this all is.

We should all be angry and fed up. Occupy Wall Street? Hell, Occupy Food too. We need to fight back. Why have we allowed the basic staple of our lives to be corrupted and controlled? If you have not heard of buying local and supporting small farmers, look into it wherever you live. I know first hand how difficult it can be to afford what should be our standard for food. The control that forces the lower prices for our staples will break in time. And when the prices for the crap we buy is more in line with reality and the few outlets of real food out there, maybe the pendulum will swing back. Because when you can afford and choose between the swill we have access to and the stuff that is actually good, it won’t be difficult.

Please, just think about all this. 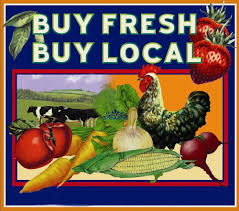