Education, Thought And Sense Under Fire

Posted on February 27, 2012 by larrylootsteen

I must be getting old. Why? Because I feel like everything I grew up with that fell into the category of common sense is now under fire. Not just under fire but routinely being treated as if it all meant nothing and is now completely wrong.

I like to think of myself as a relatively intelligent human being. And in this new world I am both the enemy and worthy of ridicule. I am an elitist snob whose community college diploma defines me for derision. 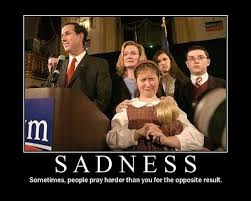 Look at Rick Santorum’s recent comments. He thinks that President Obama is part of a vast conspiracy where universities are breeding grounds for anti-religious thought. That universities are controlled by a cabal of left-wing power brokers whose goal is not to educate, oh no, but to eradicate religion! All I can say to that is I can see where his home-schooling idea has gotten him! 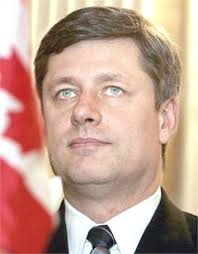 In Canada, Prime Minister Stephen Harper’s Conservative Government recently tried to introduce a bill that would allow police to access everyone’s online usage without a warrant. They introduced the bill under the guise of protecting children from predators and the Minister even stated that if you were against this bill you were for pedophiles. Seriously? We’re going to give up our right to privacy because you think it’s too hard to do this the right way? As I was explaining to my kids, giving up your basic rights like that is saying it’s okay for the government to assume you are guilty until proven innocent. Last time I checked it was the other way around. And are police that useless that they cannot get a warrant where required? Come on people, wake up!!

No matter the topic, it seems that the powers that be on the right have decided that everything, no matter how clear, is on the table for attack.  Obama’s birthplace, religion, education.  Climate change has been used as a punching bag despite the raft of evidence behind it.  Right-wing ‘scientists’ come out of the woodwork.

Women’s rights are under attack again with birth-control suddenly becoming another Great Satan.  You have to love that a panel of men is put together to discuss this, right?

Democracy it seems is no longer the goal of many in Western civilization (a word I have to use loosely right now).  There is no champion on the right for the people.  They may say the words but all their tax plans and economic growth are designed for the rich to get richer and the powerful to get more powerful.  If you think the ability for the average American to attain those lofty goals, move up way up from the floor worker to the Executive office, you are blind and a fool.  That road does not exist and despite any lip service to the contrary, you will never find it.  There’s no will to support anything this President does no matter how much sense it makes.  I don’t know if racism plays a role in this but you have to think for some, it must. 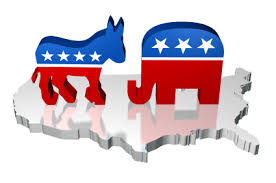 I never understood why Americans felt the need to be ‘Democrat’ or ‘Republican’.  In Canada we have always avoided that.  Sure, my tendencies are Liberal.  But I have voted for Conservatives on occasion.  And other parties.  Voting is about the right person with the right ideas at the right time.  Pigeon-holing yourself to one party forever is a ridiculous notion.  Voting is about choice not ALWAYS choosing the same.

Common sense dictates that the company you work for looks out for you.  That is no longer true as shareholders are now more important.  Success does not breed wealth for workers, just Executives and stockholders.  That is why you will never have the opportunity to grow into senior management.

Common sense dictates that women should have the choice of what happens to their bodies.  If the GOP and particularly Santorum get their way, women will be moving backwards in a huge way.  Say, back to the 13th century.  Is that what women want?  Do the women who support the GOP REALLY believe this okay?  Not on their faces in public, rather inside.  Isn’t it time that women everywhere sent a message to Conservatives?  That this is the 21st century and you need to grow up?

Common sense and The Constitution dictates that North American countries are made up of multiple religions and that the right to practice those religions is protected.  So why is the right suddenly deciding that America is a Christian nation?  It is not.  It never has been.  And guess what?  If they manage to convince enough people that it is and should be, America might as well be Iran.  Theocracies have a habit of persecuting those who don’t believe what they do.  Is that what the Founding Fathers wanted?  Do you really want to become a nation where religion is dictated, women are controlled and rights are revoked?  Do you want to be a third-world oligarchy that 20 years ago you would have hated and made fun of?

The fact that people either don’t care or are too lazy to understand how things are supposed to be in the modern world is beyond comprehension.  Are that many of us already THAT stupid?  I feel like we are marching towards the abyss here and no one seems to notice or care.  I bang my head on the wall day after day watching these morons like Santorum spout the filth that Googling his name brings.  Backwards, controlling, uneducated.  Believing that your faith is okay to dictate to everyone.

I’m perfectly okay with you believing in God, practicing your faith.  I am not okay with you telling me that what you believe applies to me.  You can explain your beliefs but you cannot force them upon me.  There’s a reason that religion has no place in government.  And that is to prevent anyone from forcing their faith upon others.  Government is for all people.  It is not a place to use to expand your faith base.  I am so sick of these people twisting the meaning of the very tenets of democracy to their own special interests.

Right-wing groups trying to take away your freedoms and take control of the nation is the issue.  I sit and wonder and worry and weep for those who just sit back and ignore the world around you.  You are being lulled into a false sense of security that it will all work out.  You may sit there thinking ‘That doesn’t interest me.  They will take care of me.  This won’t impact me at all’.  You would be wrong.  Your rights are already disappearing.  9/11 was used to pry open the can of your rights.  Some very basic ones (privacy, habeus corpus) have already been stripped in some way.  If someone like Santorum gets to power and the Congress and Senate are behind him, you can kiss a lot more goodbye.

The question is whether you are going to sit on your fat ass and let them.  Are you?

6 Responses to Education, Thought And Sense Under Fire