U2 Back In The Studio – For The Last Time? 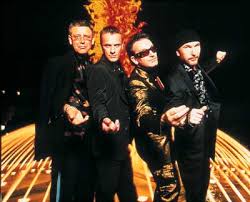 As you may have heard in the last week, U2 are confirmed back in the studio to work on their next album. There was a rather generic comment in the Irish Independent that didn’t really say much or raise any eyebrows. You can read it here: http://www.independent.ie/lifestyle/independent-woman/celebrity-news-gossip/get-on-your-boots-adam-steps-into-limelight-for-charity-3056299.html

As well, and more pointed, was Dallas Schoo (Edge’s guitar tech) making the following comments on to Sadowsky Guitars posted on their Facebook page:
“Just received this report from Dublin, where U2 is in the studio…
Just a heads up on how wonderful your 4 basses are….beautiful instruments and so much “weight” and deep tone with a very light weight bass……amazing. The Will Lee is killer and the PJs so balanced. Adam has been tracking away and not having to break the momentum dialing in his sound…..Just a very good marriage of effortless tone that seems inherent with the overall design. The entire band and the production team could not be happier.
Nice one, Dallas Schoo/U2″

So that I take as true. Once again back in studio. But what will that all mean to us devoted and endlessly optimistic fans. What are we going to get and when?

Will we get one of the three supposed albums? If so, we could be looking at later this year or early 2013. I would list this as possible if unlikely. Could they have scrapped everything and come back fresh with nothing? I’d say this is possible but more unlikely. Of course with U2, all options are possible. If they are starting fresh it could be late 2013 or even 2014 before we see anything. My money is on sooner. I have been endlessly wrong as we all have at predictions where U2 are concerned.

I think we are at a tipping point in time for the band. Despite the biggest grossing tour in history, No Line was not a massive commercial success. Will they be looking for a commercial monster while incorporating some of the interesting sounds and techniques they’ve learned? Will they take more risks and try to come out with a new sound?

For myself I really hope they go the risk route. They’ve done their time, paid their dues and made a fortune at it. Why not put it out there? Why not try to blow the world away? Again.

And all of this begs the question: Will this be U2’s last album?

I know this speculation has been going on for a long while. They are older. As much as the last tour was a monster, how driven are they to continue? If the next album is a minor success, will they walk away? Even more intriguing is this thought: If the album is a creative and commercial killer, would they leave on top? There’s nothing left to prove. Right now it comes down to want. How bad do they want it and are they still capable of delivering it?

U2 has a creativity problem. There is always that side of them that is too concerned with the commercial success. I get bored with the middle of the road songs that seem more designed for radio than their own personal creative wants. I want to be surprised. No Line provided some of that. But will the fact that it didn’t get the sales they may have wanted, nor provided much in the way of radio play, impact what’s next?

I am not going to predict the end. I’m just saying that it is coming and the possibility is there. I just want them to push the envelope rather than playing it safe. And if that makes it time to go so be it. I do not want them hanging on trying to hang on. Blow us away one last time and call it a day. You deserve it. And so do we. I know there are those who think they cannot live without knowing they are coming around again. Sorry folks, grow up. I do not want U2 to be the geriatric Rolling Stones. Never knowing when to walk away. Or walker away in their case.

25 Responses to U2 Back In The Studio – For The Last Time?