Posted on October 15, 2012 by larrylootsteen 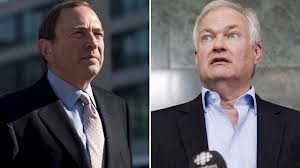 I’m 50 years old, grew up in Toronto (where I lived most of my life) and watched hockey from before I can remember. I was 5 when the Leafs last won the Stanley Cup. I am that old.

I watched hockey like it was life. I played street hockey almost every single day, winter, spring, summer or fall. My dad and I would jump and yell every time the Leafs scored a goal.

Through the Wendel Clark years and Doug Gilmour years, there was hope in the blood, a chance. We’d make the playoffs most of those years. More recently though, from the last strike to this one, my love of hockey has faded. And in the loser string that should disgust most teams, our beloved Leafs remain one of the richest and best supported teams in North America.

So why was it that last year, for the first time in my life, I saw not a minute of a Leaf game? Not one. I never flipped to check the score. Never caught a replay. Never happened to flip on a late west coast game. Not a millisecond.

The reality is, for me, that I can no longer support this team or this game. Maybe it’s because I know what the game used to be. Before money and bottom lines became more important than winning. LeafNation is now a brand. Control of the team belongs to, teachers? And so the outcome no longer matters as long as those fans are buying.

You can blame the ‘scorching light of the media in Toronto’ if you want. But the day that the ownership stopped caring about the game became the day the music died. And now I find the entire sport, hell all professional sports, a joke. Money, money and more money. Capitalism in all its forms is showing as an abject failure. Why? Because it is no longer about the people. It’s about control. He has the most wins as the saying goes. On that front, the Leafs are the best team in hockey. Now ask a fan if that’s true.

I don’t support the players or the owners though the owners chose to lock out the players this go around. And sadly my only hope is that the entire season is lost and the fans finally wake up and stop going, stop feeding the monster. Sadly in Toronto I cannot see that happening. I so wish it would though. We, the fans, deserve so much more for the fact that most of us can’t afford to see a game live let alone the ridiculous costs of parking and food. It is now an elitist game where you go to be seen, if you go. More often than not, season ticket holders don’t attend games but use seats as barter. I’d bet half the lower level is occupied by people who received tickets for helping a lawyer. The boxes are used for negotiations and graft.

Not that it matter to even ask, but join me in the demise of the season and stay with me for the aftermath. Send the message. The people who line your pockets with gold deserve better. Better teams, better prices, better attention. We won’t get it. But if we stay away, they will listen. We have power that we never exercise. Protest works. But we know that when 80% of the seats are owned by entities, no one cares if they are filled. Only that they are paid for…